A Walk around Taal Heritage Town

Taal volcano and its caldera lake may be the poster boy of Batangas, but unknown to many, the province is also home to a municipality of the same name. Hailed as the Heritage Town, the Grand Lady of Batangas, the Tagalog Capital as well as the Balisong and Barong Tagalog Capital of the Philippines, the tranquil town of Taal is about two and a half hours away from Manila, a perfect destination for those wanting to temporarily escape the bustling metropolis. 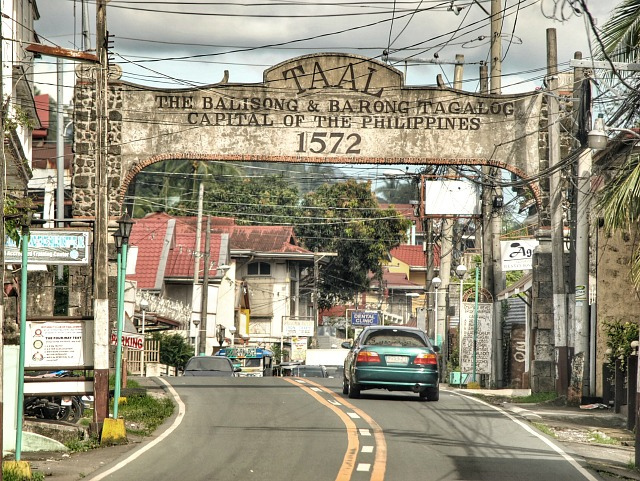 Originally founded in 1572 along the bank of the Pansipit River which traverses to Balayan Bay (now known as San Nicolas town), Taal was moved to higher ground to what is now its current site in 1754 when Taal volcano wreaked havoc. It has proudly established itself as one of the most progressive and powerful municipalities during the Spanish colonial period.

Today, the preserved old town is a delight to tourists. Its narrow streets exude a graciously laid-back atmosphere dappled with elegant old houses with the highest concentration found in M.Agoncillo Street where the eponymous seamstress of the first Philippine flag once lived. Marcela Agoncillo was raised in Taal, Batangas in their 17th century ancestral house, now turned into a museum. Visitors can enter the Doña Marcela Agoncillo Museum without admission fee but donations are highly encouraged for its upkeep. 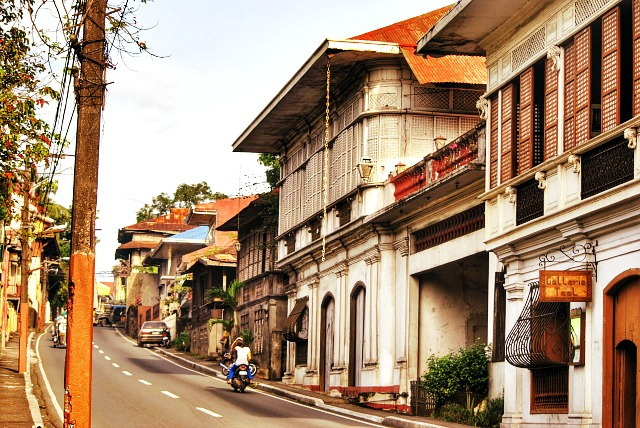 Nearby are the beautifully restored houses of Casa Gahol and Villa Tortuga. They were closed during my visit, but you may try to book ahead at Camp Suki website for a private dinner in full colonial ambiance. Guests will be provided period costumes and take home personal antiqued sepia photos as souvenirs.

A few meters away is the imposing heritage house of Don Leon Apacible which also doubles as a museum. He is General Emilio Aguinaldo’s finance officer. Don Leon Apacible Museum is open from Tuesday to Sunday at 8:00 AM to 4:00 PM. Galleria de Taal is another colonial house turned into a museum, entrance fee is Php 50. Here you can find Daguerreotype cameras dating back to the 18th century as well as a collection of old photographs. Meanwhile along Agoncillo Street, is the eye-catching old house of the Agoncillo Family where a bronze statue of Felipe Agoncillo, the husband of Marcela Agoncillo proudly stands.

If you are planning to stay here overnight, the grandiose Villavicencio Wedding Gift House has rooms starting at Php 3,000. For a more budget friendly room, consider staying at Casa Punzalan, a colonial house turned into a hotel, rates starts at Php 600.

The most prominent structure in this serene town is the massive Basilica de San Martin de Tours situated in front of the Taal Plaza and the 18th century Casa Real. It is dubbed as the largest Catholic Church in Asia. The church also houses one of the largest bells in the country. 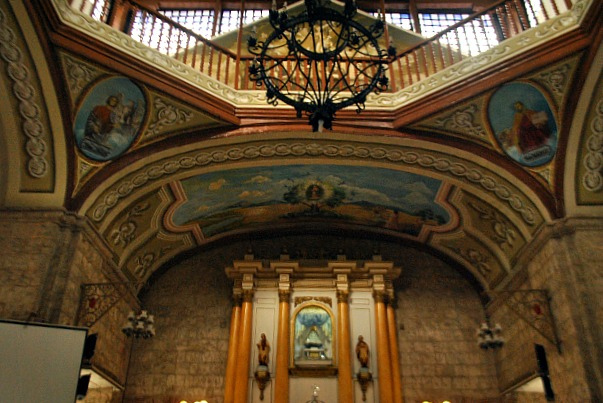 (Our Lady of Caysasay Shrine)

Also make time to visit the Our Lady of Caysasay Shrine which houses one of the earliest Marian images in the Philippines. Based on anecdotes, it was found by a fisherman named Juan Manicad at the nearby Pansipit River. At the back of the church is the San Lorenzo Steps named after the first Filipino saint. Nearby is the trail to the ruins of the old chapel built beside the spring where the image of the Our Lady of Caysasay was originally found. 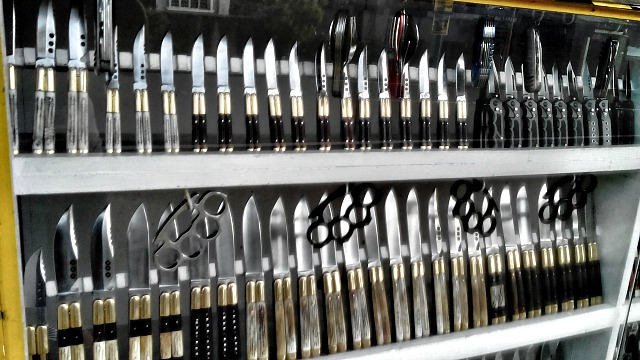 Do not go home without visiting the Taal Public Market. Be amazed at the wide array of Barong Tagalog and hand-embroidered bridal dresses sold at the shops here. Buy Taal longganisa andtapang Taal as pasalubong. On your way back, drop by at Brgy. Balisong to check out the shops making balisong (fly knife) lined up along the highway.

Gael is the author of the blog http://thepinaysolobackpacker.com/.